What Can Bruce Springsteen Teach Us About Great Marketing? 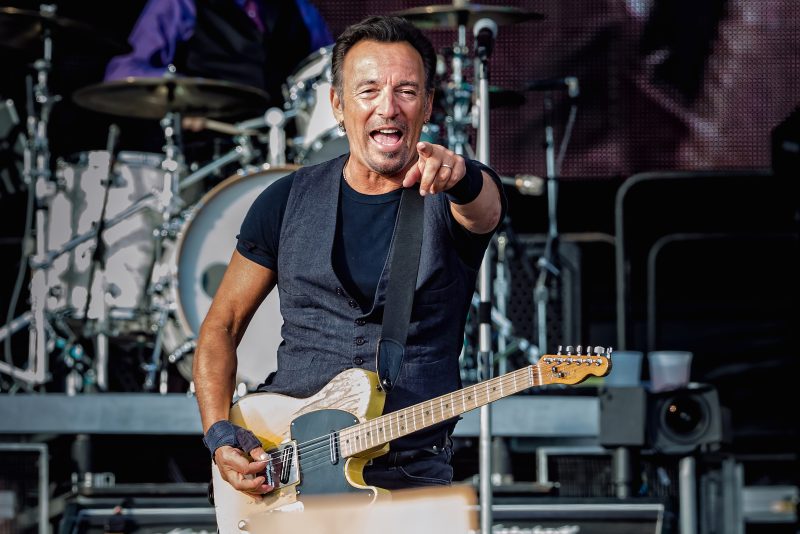 “The Boss” gives us timeless lessons on reinforcing an enduring brand.

Bruce Springsteen and The E Street Band are synonymous with timeless American rock, but one could make the argument that their genius also lies in their ability to illicit undying loyalty from legions of fans. From the beginning, dating back to their days in Asbury Park, “The Boss” and his backing band cared deeply about their fans and didn’t hesitate to show it. They knew how to keep the emotional tie going to maintain an intense loyalty.

With his authenticity and commitment to open, honest communication with fans, “The Boss” offers a marketing master class in how to reinforce an enduring brand. Here are three lessons that are worthy and relevant to all of us in this uncertain, still-a-bit-scary, and unprecedented marketplace.

As with any brand, product or service, there are inevitable tests along the way that can impact your position in the marketplace. They are sometimes dramatic and unexpected.  For Springsteen, these tests were manifested in the deaths of his beloved bandmates, Danny Federici in 2008 and Clarence Clemons in 2011.

With the loss weighing heavily after Clemons’s passing, Springsteen knew that he had to do several things at once – help the band heal, convey his commitment to his fans, and ensure the future of the band. It had to be real, coming from inside him and consistent with his core values.

What did he do? He created a moment. Band intros were a signature event at every show. Fans looked forward to them, counted on them, responded to them. “The Boss” used this time to directly address the void that was on their minds: “That’s right, we’re missing a few. But the only thing I can guarantee tonight is that if you’re here, and we’re here, then they’re here.” Mission accomplished.

For clients taking a lesson from “The Boss,” any transition needs to be seamless, and it is best if they hear about it from you. Communicate with clients directly to solidify the value of your brand, especially during times of change or flux.

The rest is just noise.

Give clients what they want.

Springsteen gives fans what they want. It is his hallmark. There are many stories about taking cues from the audience at the expense of his pride and his ego. One such example is making exceptions by accepting audience requests for songs that were not scheduled to be performed and that he did not want to perform. His initial reaction–outright refusal–reflected in the metrics as attendance and ticket sales plummeted. The new low numbers were attributed to a failure to connect with his audience.

After a change of heart, when two guys with seats backstage held up signs all night asking Bruce to play a certain song, he did. The whole audience rose up and celebrated. The fans said, “We celebrated the song because Bruce gave us what we wanted.” Thus, a lesson in audience engagement.

In sum, listen to them.

Value is what clients get minus what they pay for.

Steadfast, loyal fans know to arrive early, sometimes a couple of hours before performance time, because they have learned that they can count on a double dose of Springsteen. In his cultivated style, he will come out on stage prior to the top of the concert to joke with fans, shake hands, and bring grandmothers and grandchildren on stage for a few dance steps together. This is all before the performance starts and, obviously, not included in the ticket price. It’s “connection time,” and it is invaluable.

As a client recently said in sharing what they think drives client loyalty, “The reality is there are thousands of smart, capable people at great firms. That is the price of entry, not why they select someone. They hire individuals that are best at the personal side of issues and never forget who the client is.”

Be client obsessed. It is all about them.

"I have worked with Barbara for over two years. She has given me the skills and the confidence to build my brand, internally and externally, and to develop a solid and actionable business development strategy. I can move forward now with focus, with measurable goals in place and a renewed kind of energy for creating a pipeline of new work. "
— Susan Hodges, Shareholder, Parker McCay LLC —
"Wow – the best comments I think I have seen for the Woman Owned Law's Virtual Speaker Series! So many folks loved 'Fire Your Inner Critic and Unleash the Awesome You,' and found it extremely helpful. Thank you."
— Elise A. Fialkowski, Partner, Klasko Immigration Law Partners, LLP —
"I truly believe that working with Barbara has made me a more confident woman, not only my career but all aspects of my life. After almost 12 years in the legal industry, Barbara inspired and encouraged me to be the best version of myself and, most importantly, helped me to recognize my self-worth. Working with Barbara was life changing and I am thankful for her leadership and guidance."
— Kelly Calver, Law Firm Operations Manager —
"Barbara was recommended to me by a valued mutual colleague. We got to experience her knowledge and skill through a series of presentations created for a select group of our high-potential attorneys, each coming to the table with a different level of experience and accomplishments. Barbara is now doing individual business development coaching with our attorneys. She has great follow up and keeps them on track and accountable."
— Sherri Smith, Director of Marketing, Parker McCay —
"Sit down with Barbara and you will undoubtedly know that she is experienced, professional, intuitive, and results driven. You would be wise to listen to her keen business focused advice; that is if you want to succeed in the shortest time possible. Is there anything else you would want from a coach?"
— Cole Silver, Esq., Chief Client Officer, Blank Rome LLP —
"Barbara has had a major impact on how I see my career evolving. With her help, I am taking an in-depth look at my practice, my client base and the most actionable path to achieving my goals. Barbara has a special combination of skills – she is smart, listens carefully, develops strategies that play to my strengths and focuses on implementation and results. She is flexible and shifts direction quickly when new opportunities come about. It is a pleasure to work with Barbara."
— Marina Hernández, Cross Border Wealth Manager and Tax Advisor —
"When Barbara was Director of Marketing at Saul Ewing, she and her firm hired me to conduct a client interview program on their behalf. Barbara was thorough, diligent, and strategic in her approach. She deeply understood the needs of her firm and her firm's clients and was tenacious in looking out for their best interests."
— Terri Gavulic, Chief Business Officer, TerraLex —
"Barbara's years of experience helped provide a completely non-threatening environment in which to develop new business strategies and ideas among a highly competitive group of attorneys."
— Dennis Feeley, Founding Partner, Cohen, Feeley, Altemose & Rambo —